"In the end I won the game"

The Guardian’s obituary for the British-born mathematician, physicist, and general genius Freeman Dyson, who died on February 28, aged 96, says that: 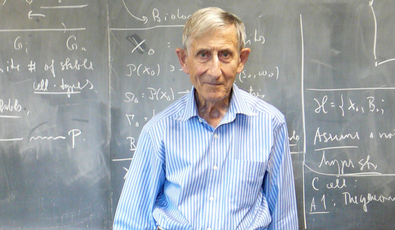 “his happiest ever school holiday – from Winchester college – was spent working his way, from 6 am to 10 pm, through 700 problems in Piaggio’s Differential Equations. ‘I intended to speak the language of Einstein,’ he said in his 1979 memoir Disturbing the Universe. ‘I was in love with mathematics and nothing else mattered.’”

His first big breakthrough, in the field of quantum electrodynamics, came to him in 1948, at age 25:

“while crossing Nebraska by bus, reading James Joyce and the biography of Pandit Nehru…’It came bursting into my consciousness, like an explosion,’ Dyson wrote. ‘I had no pencil and paper, but everything was so clear I did not need to write it down.’”

A few days later he moved – for almost all of the rest of his life – to the Institute of Advanced Study at Princeton, home of Albert Einstein and Robert Oppenheimer, the father of the atomic bomb. 'It was exactly a year since I had left England to learn physics from the Americans. And now here I was a year later, walking down the road to the institute on a fine September morning, to teach the great Oppenheimer how to do physics. The whole situation seemed too absurd to be credible,' Dyson wrote later.”

Today’s Prufrock newsletter from Micah Mattix links to varied appreciations of the man from scientific colleagues, family, friends, and admirers, including Robert Bryce on Dyson’s heretical views about climate change:

“In 2007, he published an essay at Edge.org that is perhaps even more relevant today than when it was published.

In the very first line, Dyson made his skepticism clear: ‘My first heresy says that all the fuss about global warming is grossly exaggerated. Here I am opposing the holy brotherhood of climate model experts and the crowd of deluded citizens who believe the numbers predicted by the computer models… [which] do not begin to describe the real world that we live in. The real world is muddy and messy and full of things that we do not yet understand.’“ 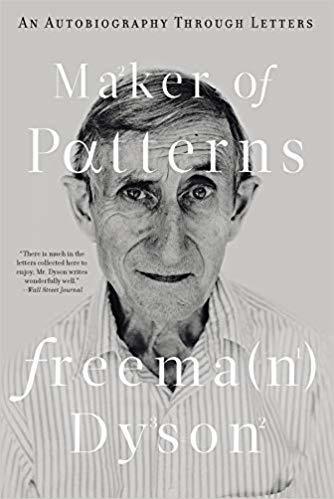 I mention Dyson because I have been dipping into his 2019 book “Maker of Patterns: An Autobiography Through Letters.”

Dyson takes the title of his book from some sentences in “A Mathematician’s Apology,” by one of his teachers at Cambridge University, the mathematician G.H. Hardy:

“A mathematician, like a painter or a poet, is a maker of patterns. If his patterns are more permanent than theirs, it is because they are made with ideas.”

Dyson went up to Trinity College, Cambridge in 1941, at age seventeen. Along with Hardy, his two other mathematical mentors at Cambridge were J. E. Littlewood, who “had worked with Hardy in a famous collaboration for many years, exploring the theory of numbers,” and Abram Besicovitch, who “carried the ancient geometry of Euclid to a deeper level, discovering new and rich structures in the menagerie of sets of points in a Euclidean plane.”

Hardy, Littlewood, and Besicovitch, says Dyson, were all living in rooms at Trinity College, and were avid billiard players:

“The billiard table was for two years the center of my life. It belonged to Besicovitch and stood in the big room where he entertained guests on the ground floor of his home in Neville’s Court. He was addicted to billiards, and Hardy, who had been a passionate cricketer in his youth, was a passionate billiard player in his old age. Whenever I needed to talk with either of them, I could usually find them at the billiard table. Fortunately my father had bought a billiard table when I was a child and taught me how to play. Our table was more modest than Besicovitch’s, but I could play well enough to pass the time with the famous professors.”

In October 1941 Dyson writes to his parents:

“I have fixed up all my lectures now, they are: Hardy on Fourier series, Besicovitch on integration, Dirac on quantum mechanics, Pars on dynamics. The lectures are very select; Hardy has an audience of four, Besicovitch three, Pars four, and Dirac about twenty. All these lectures are, at any rate in parts, new to me; and all the lecturers know how to lecture; so I enjoy them very much. Dirac is very slow and easy to follow; Pars and Besicovitch a bit quicker, but still comfortable; Hardy goes like an avalanche and it is all I can do to keep up with him. One learns about three times as much from Hardy in an hour as from anyone else; it is a testing business keeping the thread of his arguments. If one can do it, one can do almost anything in analysis. Fortunately, though I have not had much practice, I know the tricks of the trade and am seldom entirely fogged.” 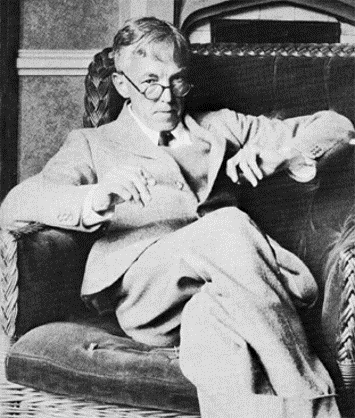 “The other evening I played a game of billiards with Besicovitch and had the honour to be directed in the strokes I should play by Hardy (picture, right), who is a first-class player. He sat in an armchair and criticised both of us. In the end he arose and said that he would enter the game on the seventh break from now and would play one break; if the score he made was of the form 4n+1, it would go to me, if of the form 4n+3, it would go to Besicovitch, and if it was even, it would be null and void. He urged us to play so as to leave either a good or bad position as suited our scores at the moment. When the moment came, he scored zero, and so no ill-feeling was caused. In the end I won the game.”